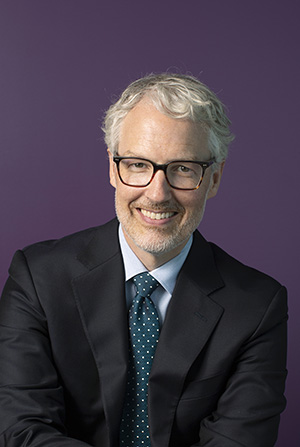 Philippe Dufresne was appointed Privacy Commissioner of Canada on June 27, 2022. A leading legal expert on human rights, administrative and constitutional law, he previously served as the Law Clerk and Parliamentary Counsel of the House of Commons. In this capacity, he was the chief legal officer of the House of Commons and led the office responsible for the provision of legal and legislative drafting services to the House of Commons, its Speaker, Members and committees, the Board of Internal Economy and the House Administration.

Prior to his appointment as Law Clerk of the House of Commons in 2015, he was the Canadian Human Rights Commission’s Senior General Counsel, responsible for legal services, litigation, investigations, mediations, employment equity and Access to Information and Privacy. During that time, he successfully represented the Commission before all levels of Canadian Courts, including the Supreme Court of Canada, in a number of key human rights and constitutional cases over the last two decades. He has appeared before the Supreme Court on 15 occasions, on issues ranging from accessibility and equal pay for work of equal value, to the balancing of human rights and national security. As lead counsel for the Commission in the landmark parliamentary privilege case of House of Commons v. Vaid, he helped reinforce and clarify some of the country’s fundamental constitutional principles as they apply to the House of Commons and Parliament.

A member of the Bars of Quebec, Ontario, and Massachusetts, he has served his profession and community in several different capacities, including as president of the constitutional and human rights law section of the Canadian Bar Association (Quebec Branch) and as a member of the editorial board for the Canadian Corporate Counsel Association’s CCCA Magazine. In 2014, he served as president of the International Commission of Jurists, an organization devoted to the protection of the rule of law and judicial independence in Canada and internationally.