How the Olympics results in increased surveillance

Canadians often face the argument that increased public video surveillance is necessary to guarantee their personal safety, or to make sure that their neighbourhood, community or city remains free of vandalism, poor driving or violent crime. Once a new surveillance technique or technology is put into operation, it becomes difficult to reverse the decision – and, consequently, we, as individual members of society, lose one more private moment in time. 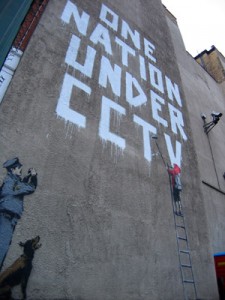 Privacy advocates keep particularly alert for this type of creeping incrementalism, where a security-obsessed state is assembled around us piece by piece, each piece of security apparatus argued as a seemingly logical and reasonable response to a real threat to safety or security. After all, are you disturbed to see video cameras in your corner store, outside city hall or on your bus? These were not common place ten, fifteen or twenty years ago.

Governments often use the opportunity presented by large-scale events, such as Olympic Games or the meeting of international leaders, to implement new surveillance techniques or technologies. This was the case in Athens, where an extensive network of closed circuit television cameras (CCTV) was put in place in preparation for the 2004 Olympic Games.

Predictably, once the Olympic Games were finished the local police forces wanted to use this CCTV network to monitor the activities of their citizens, including the surveillance of civil demonstrations in the city. Eventually, the head of the Greek Data Protection Authority resigned in November 2007 after losing his battle over the appropriate use of the legacy CCTV network.

As Canada prepares to host the 2010 Winter Olympics in British Columbia, privacy advocates are readying for a debate about the extent of public surveillance that will be necessary to protect the public. The Information and Privacy Commissioner of British Columbia has spoken about limiting the use of CCTV in public surveillance in the past and, in March 2006, our Office released Guidelines for the Use of Video Surveillance of Public Places by Police and Law Enforcement.

The push to install large scale surveillance systems often rests on two arguments: the systems protect personal safety and security, and Canadians should have no expectation of personal privacy in public. The first argument has been shown to be weakly supported – particularly in the case of the extensive CCTV network installed in the United Kingdom – and the second argument is patently false.

We’ve decided to commission research into how developments in public surveillance techniques and technology are affecting Canadians, individually and as a society. First off, Queen’s University will be examining the proliferation of surveillance cameras across the country, and report on the trends in the use of public surveillance – although it seems as if we are seeing more and more attempts to expand surveillance networks. As well, the University of Alberta will be taking a detailed look at whether privacy issues are being properly considered in the run-up to the 2010 Olympics.

As with all our commissioned research, this work will be made publicly available early next year – and we hope it helps to maintain an important and public dialogue about how security and surveillance measures proposed for the 2010 games will actually affect the lives of people in British Columbia – and across Canada.

In the meanwhile, we will be continuing to consult with the RCMP and other branches of the Government of Canada about their plans for surveillance and other security measures at the 2010 Winter Olympics in Vancouver.

(photo courtesy of Art of State)