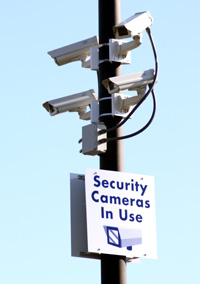 Next February and March, Canada will host the world at the Winter Olympic and Paralympic Games. As the first international “mega-event” to take place in Canada in the post-9/11 era, the Vancouver 2010 Games pose security and privacy challenges unprecedented in Canada.

A sophisticated security and surveillance cordon will aim to protect athletes and their support personnel, employees, volunteers, media, and visitors to venues around Vancouver, Whistler and the Lower B.C. Mainland. At the same time, it will be essential to safeguard the democratic values that Canadians hold dear and, in particular, the right to privacy.

The term “mega-event” is used to describe events that attract large numbers of visitors from outside the host country, generate extensive international public and media attention, and pose extraordinary security challenges. In addition to the Olympics, other examples include international expositions and world fairs, and the World Cup of Soccer.

This document outlines the privacy challenges associated with the 2010 Games. It also sets out a framework of guiding principles and concrete recommendations intended to help security officials carry out their duties in a way that does not unduly infringe on the privacy rights of individuals — before, during and after the Games.

In 2003, the RCMP formed the Vancouver 2010 Integrated Security Unit (ISU) as a way to use the combined powers of the police, military and security forces to secure the Vancouver Games. The ISU has since grown to include other law enforcement agencies, including police from Vancouver and West Vancouver.

Our Offices have been in discussions with the government agencies involved in security planning for the Games, including the Vancouver 2010 Integrated Security Unit (ISU), which is led by the RCMP and is responsible for overall security at the Games. In our discussions with ISU officials, they have shown themselves to be sensitive to their responsibilities to uphold the privacy rights of individuals.

Even so, we know from experience that privacy rights can be fragile. Our Privacy Act annual report for 2007-2008 noted that “in our democracy, benevolent intentions appear to be pushing us towards a surveillance society.” For this reason, it will be vitally important to ensure that the security arrangements planned for the 2010 Games do not unduly intrude on the civil liberties so deeply valued by Canadians.

According to research by the University of Alberta and funded by our Office, previous Olympiads have employed such security measures as closed-circuit television cameras, biometric identification cards, computerized background checks, satellite monitoring, cellular telephone monitoring, overhead monitoring blimps, and traveller profiling. The researchers note that “the integration of various surveillance technologies is perhaps one of the most remarkable and, from a privacy perspective, disconcerting facets of Olympic security efforts.” Integration of technologies means combining disparate bits of personal information in order to develop a precise picture about individuals and their activities.

In response to a recommendation from our Office, the ISU recently appointed a Chief Privacy Officer (CPO) and published on its website his responsibilities and contact information for people who wish to raise privacy concerns. A CPO oversees an organization’s privacy framework and policies and responds to public enquiries and complaints on privacy matters. 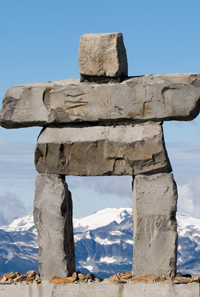 In light of the many surveillance methods and the personal information that will be collected, processed, stored and analysed by security officials, our Office will continue to push for more information on the proposed security measures and their impact on the privacy of individuals.

In the meantime, we have developed a framework to help security officials strike the appropriate balance between privacy and security at the Winter Games. The framework, grounded in the Privacy Act, B.C. FIPPA and PIPA, and a series of decisions handed down in recent years by the Supreme Court of Canada, establishes the following principles:

Within this general framework, the ISU should take a number of steps to safeguard the privacy of individuals before, during and after the Games.

The ISU is to be commended for some of the initiatives it has already taken in this regard. In particular, it is using its website for key operational announcements, and senior officials regularly discuss their plans at public engagements. Nevertheless, we feel the ISU could do more to inform the public through the media, advertising or other strategies on how it intends to uphold privacy rights before, during and after the Games.

Within the scope of national security and law enforcement requirements, all police and other security agencies should ensure respect for privacy by adhering to the following principles during the Games:

In Athens, which hosted the first post-9/11 Summer Games in 2004, police wanted to continue to use nearly 350 closed-circuit television cameras to monitor crowds during demonstrations after the Games ended. However, this sparked a public outcry and the protest resignations of top officials of the Greek Data Protection Authority.

Many people are concerned that security systems installed for the Games will remain operational once the events are over, prompting fears that B.C. residents will find themselves forever watched by a sophisticated surveillance apparatus.

To ensure that the Vancouver Winter Games do not leave a privacy-intrusive legacy, our Office recommends that, at the conclusion of the events,

Without question, the Vancouver Winter Games will pose significant challenges for law enforcement and security agencies. And yet, as the Privacy Commissioner of Canada has stated, “the duty of governments to provide for the security of citizens must, in democratic societies, be tempered by the values that underpin our way of life. That is why the right to privacy must be upheld, even during mega-events like the Olympic Games, where the threat to security is higher than usual.”